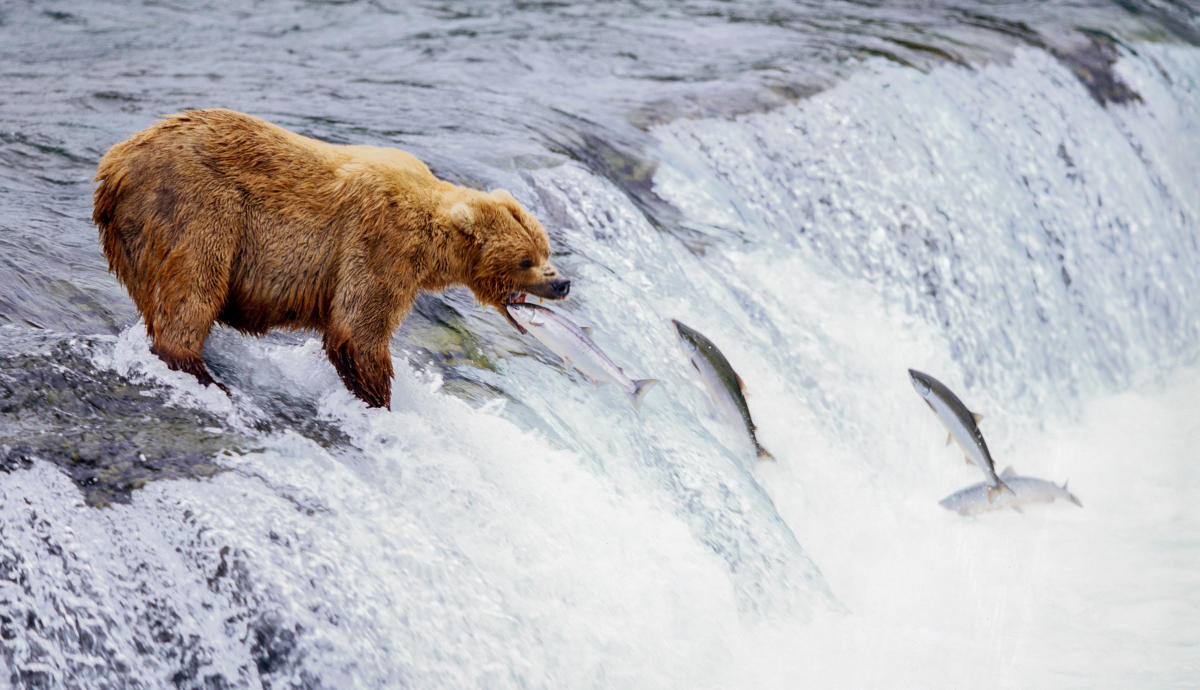 I made many trips to Katmai, in summer and fall. I was probably initially drawn there because of a photograph that Tom Mangelson made of a bear catching a fish at this spot, Brooks Falls. Like many photographers, I wanted to make that picture myself. I'm not sure what drives that desire - to make a photograph that someone else has made - but luckily I am over it now. The Park Service built an observation stand to view this spectacle and it gets filled with photographers standing shoulder to shoulder with motor drive and long lens, shoving each other for the best angle. I fell into this pattern myself, burning through countless rolls of film at 6 frames per second (which was fast then). But it was never satisfying and I never got a good image. One year I decided to forego the big lens and the motor drive. I took my Hasselblad, framed the image, put the mirror up, then waited with my thumb on the cable release until the right moment. I watched many fish jump without making an exposure. It's very quick, the jumping and the catching. Then it all seemed to come together and I could feel, in a fraction of a second, that this composition was going to be good, yet I did not consciously trip the shutter because, if I had, it would have already been too late. It happened and then I cranked the film. This taught me a great lesson about intention and anticipation in photography. It was an early lesson in letting go and becoming mindless.