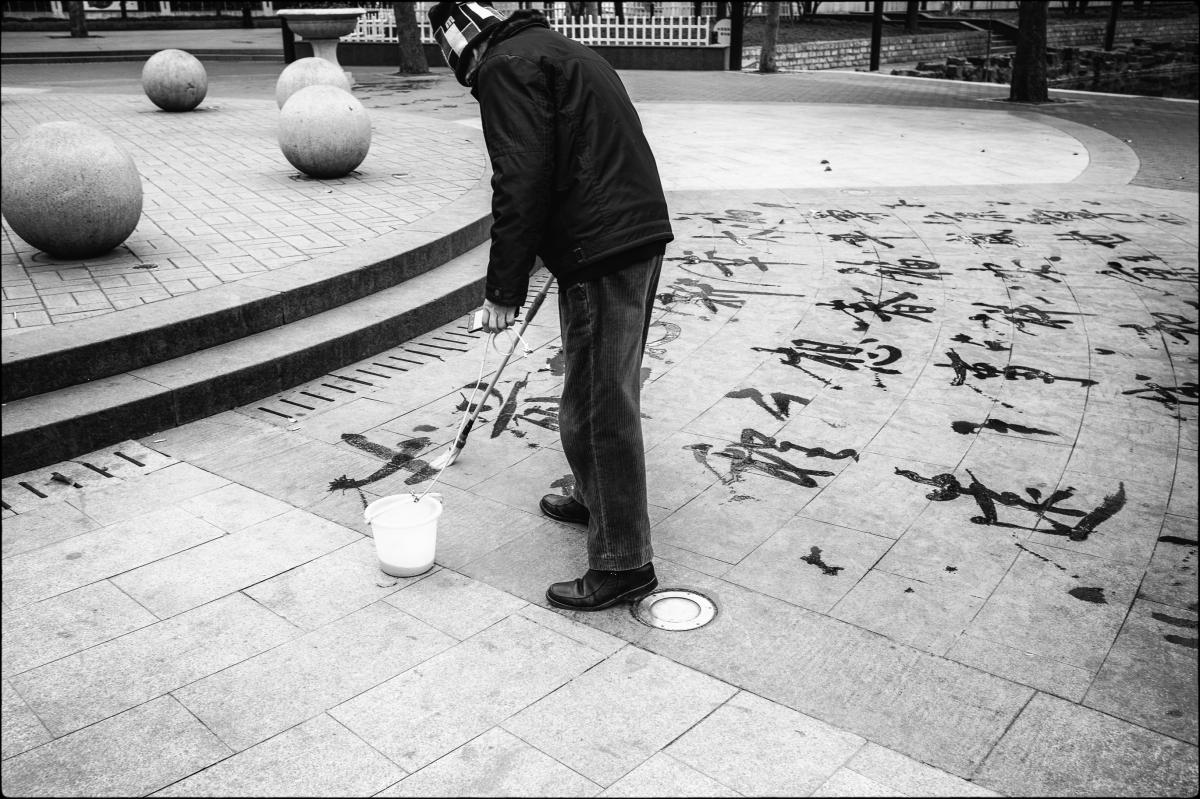 Without knowing what this man is doing, this is not a good photograph by any measure. But when I learned what he was doing I had to try to capture it. I did a poor job but here's the story. I was working at a hospital in Suzhou, China, and was escorted everywhere by an orthopedic surgeon who went by the name of Edward. Walking back to my hotel one afternoon I was intrigued by this man who carried a small pail of water and a long brush. He was writing Chinese characters on the plaza of this park with water. It was a cool day but the water soon evaporated, and then he started all over again. I asked Edward what he was doing and he replied, "He just passing time." That made no sense to me, so I watched him some more, despite Edward's imploring that we continue to our destination. It then occurred to me that this man was practicing the Zen art of calligraphy. With water. That's like an entirely new level. I said that to Edward who said he was unfamiliar with the term, Zen. Just like another orthopedic surgeon told me she was unaware of anything that happened at Tiananmen Square. I tried to explain it to him but he again said, "No, he just passing time." Zen is not confined to the Seven Arts, is it? Can photography be a Zen art?