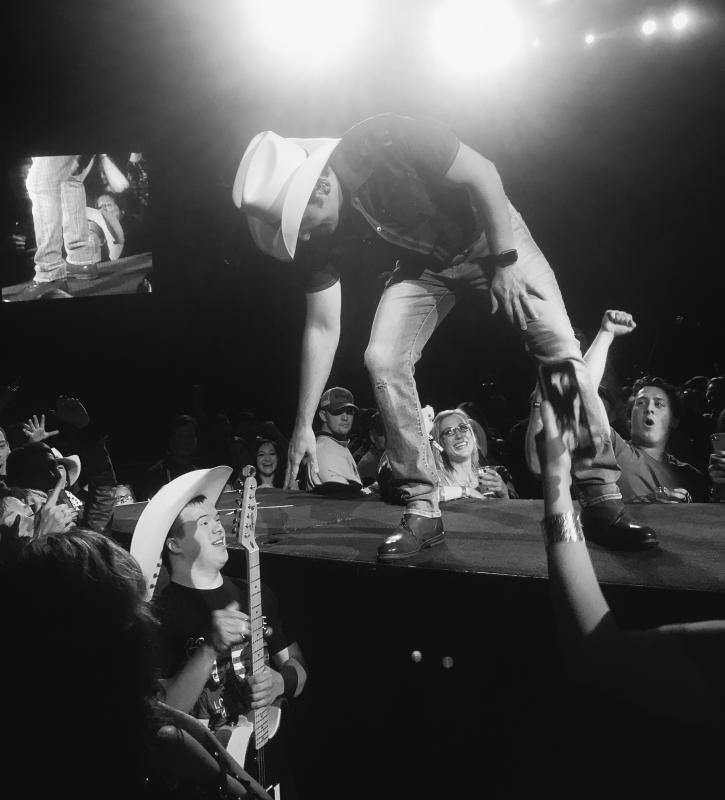 This moved me to tears at the time. Buff and I went to a Brad Paisley concert and during the warm-up bands we noticed this young man who was dancing to the music and really enjoying himself. His mother was with him. One of the warm-up singers noticed him, walked over and gave him his hat, which thrilled the young man. About five songs into Brad Paisley's performance I noticed that the guitar he had switched out was not connected to the amps and I was sure this was a mistake. It wasn't. He acted like he was playing it and wandered over to our area, then reached down and gave the guitar to this young man. It was on closed circuit tv and the crowd went crazy. Still chokes me up to this day just writing this account. One of the greatest acts of kindness I have ever witnessed.