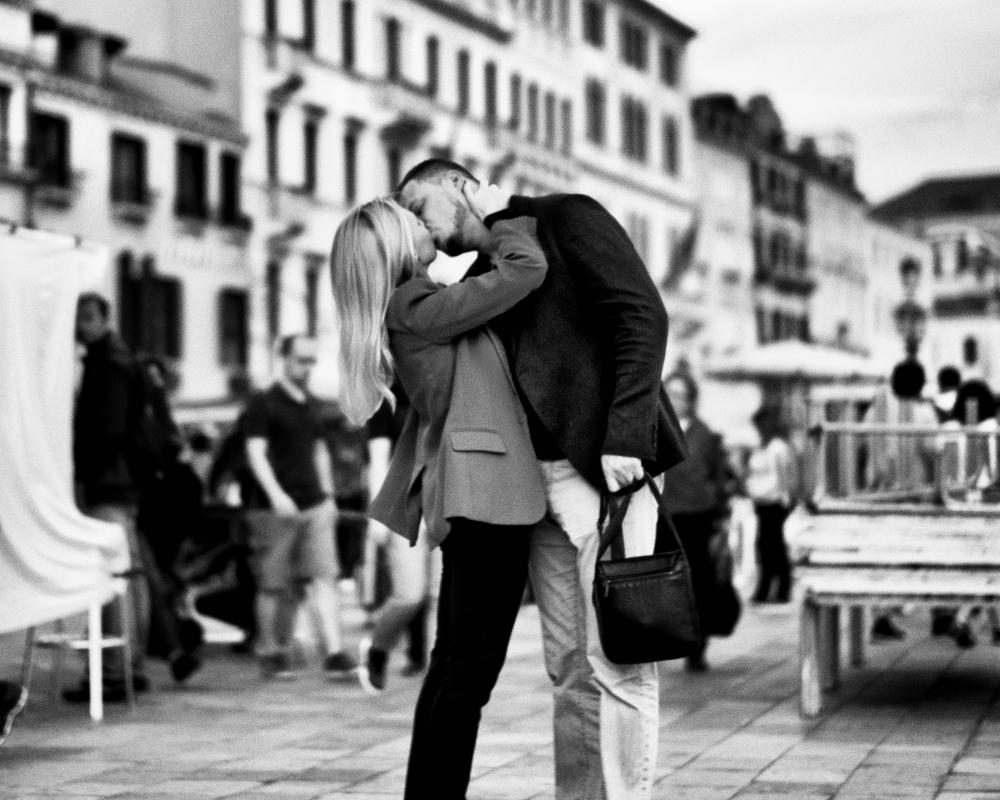 Again, one of those small gifts. Buff and I were driving on the E70 toward Bologna from Croatia. It was afternoon and we both decided to take a small detour to Venice, where we could get a better meal than at the airport hotel and squeeze in one more destination. We had been to Venice a couple of times before and enjoyed it, but this time it was extremely crowded. It reminded me of how the crowds at Yosemite have gotten so large that it's not enjoyable to go there anymore. We had dinner and some coffee, and decided to take a romantic gondola ride. We caught one of the last boats and had a lovely time. We moored at late dusk. The light was very low. I looked up and saw this couple kissing. With the background it reminded me of the Robert Doisneau photograph in Paris titled, "The Kiss." I was sure they would stop kissing and move on before I could get close to them, but they kept kissing. I opened my aperture to f/1.4 and started to photograph them. I couldn't believe my luck. After they finished they started to walk off. I stopped them and showed them my camera. We couldn't speak because they were Russian and did not speak English. I gestured to the back of the camera and was trying to get their email so I could send them a photograph. He thought I was a vendor wanting money but she understood so she gave me her email address. We've since become Instagram friends. This photograph is one of a few allusions that I have stumbled upon over the years, where a scene reminds me of a great photograph made by a master. This is one, as are the next three.