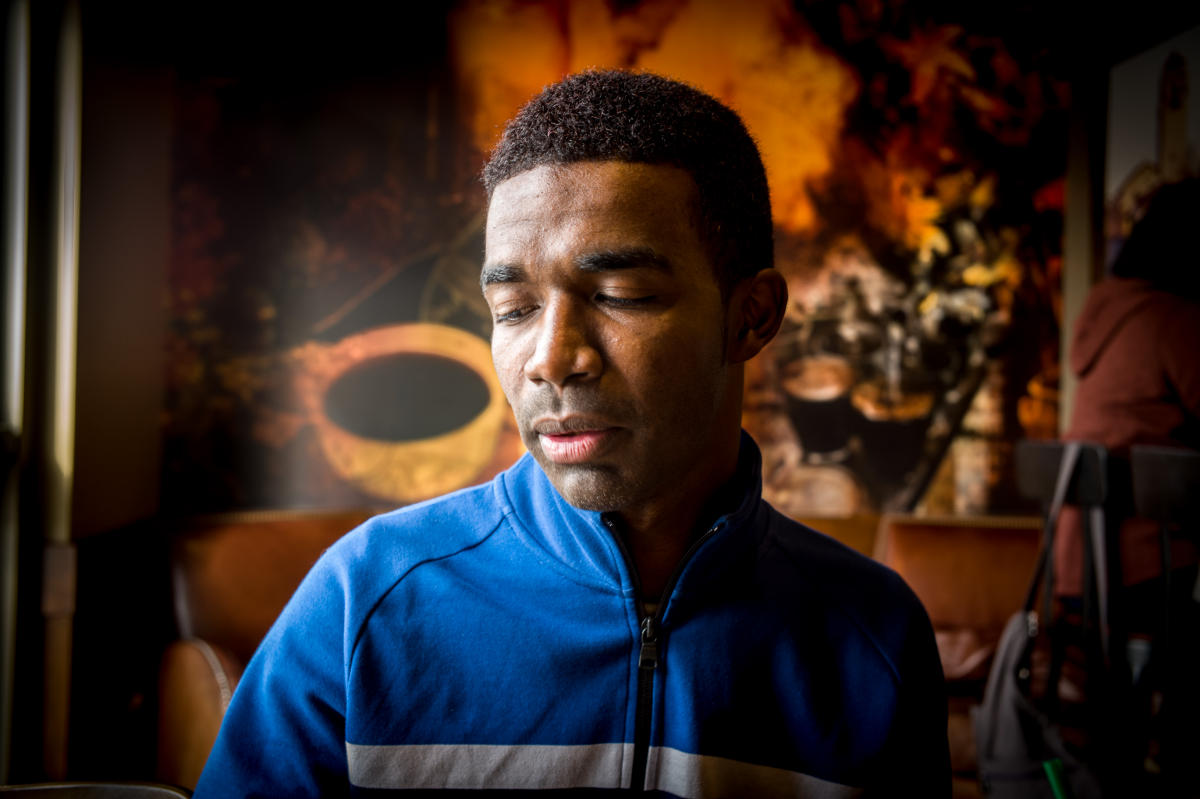 Mohamed Abdullahi is a physician. He is a refugee and he is a Somali. He grew up in anarchy in Mogadishu. Although education was not allowed, his parents smuggled books to teach Mohamed and his siblings. Being extremely bright, he was accepted to medical school in Jordan, where medicine was taught in a completely foreign language that he had to learn as he learned medicine. After graduation he could not return to his family because he would have been killed, so he sought refugee status and eventually came to the country of his choice, the United States. Here, he had to start all over again, take classes while working in a mundane job, and take all three of the National Board Examinations to get a license to practice. When I made this photograph he had just learned that he had been accepted into an internal medicine residency at the Boise VA hospital. A long journey, but he is extremely grateful to be where he is.