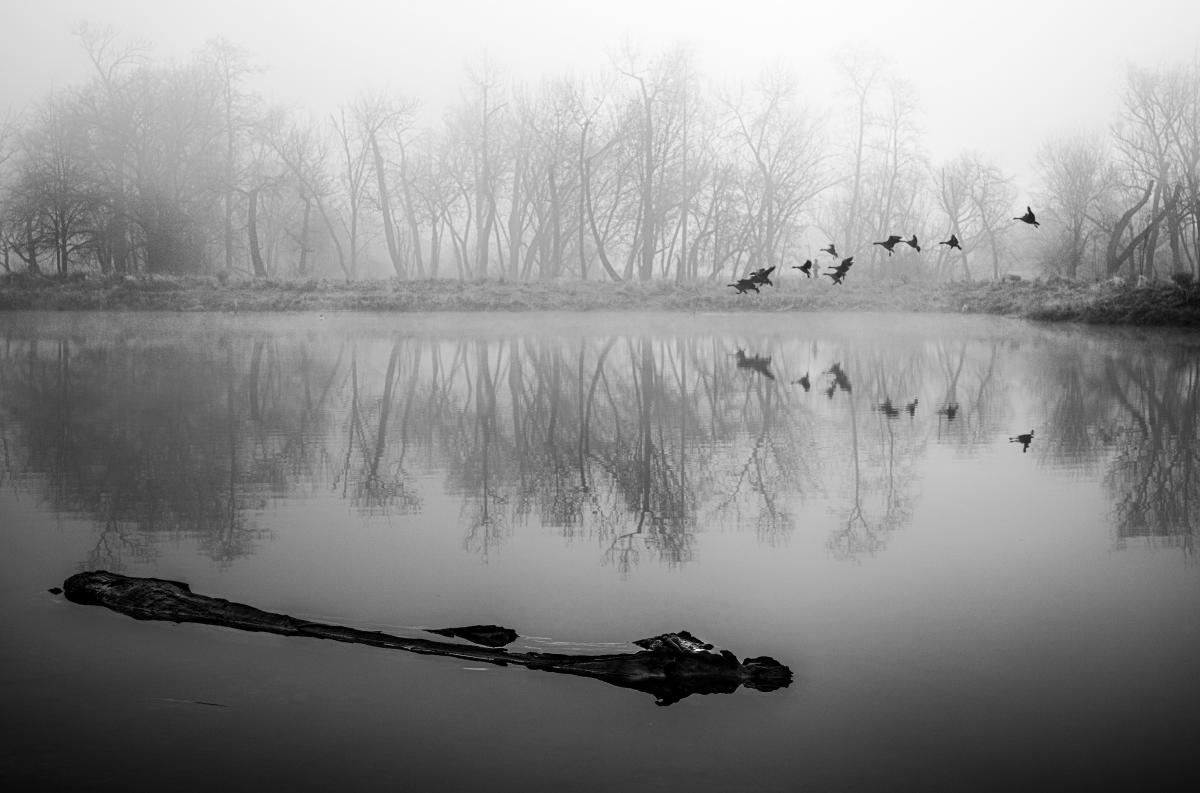 I was photographing this log in a pond in fog when my mother decided that the composition could be improved by adding a small skein of geese approaching for a landing. This picture exemplifies my approach to photography. I was taking my time, trying to juxtapose the log with the trees across the pond. My dog, Gracie, was sniffing the bushes close to me. She's blind so she doesn't go far. A jogger with her dogs had passed us several minutes earlier, and as she was circling around the far side of the pond, her dogs must have caused some geese to take flight. They circled and came in for this landing. I caught this in my peripheral vision and shifted my position. I'm not sure I can describe how it happened, but it all came together in an instant, even the presence of the jogger on the far side between the birds. I have a simple, manual camera so technical things like hyperlocal distance, aperture and shutter speed happen intuitively on my end, rather than automatically and electronically in the camera. Had I used a modern, autofocus, autoexposure camera I doubt if could have made this image. It would have been the camera calculating rather than my subconscious reacting. But I have to ask myself, did I make this image, or did this image make itself? Does the archer loose the arrow, or does the arrow loose itself? Something happens that has nothing to do with the archer, or the photographer. It is an instant of alignment of the mind, heart and eye, as Cartier-Bresson said. I had nothing to do with the elements. Those were a gift. An instant before or after, the jogger would have been obscured by the birds. But enough analysis, because as Henri also said, "You should not try to explain the mystery too much."